A woman in London is making history by giving birth to twins and a singleton at once.

Hannah Kersey, 23, gave birth to two identical twin girls, plus one singleton girl, by caesarian section in September. Identical twins, Ruby and Tilly, and single, Gracie, were born seven weeks prematurely and kept at Chase Farm Hospital in London for nine weeks. All three are now at home with family and said to be doing fine.

Kersey has what the medical profession calls uterus didelphys, or more simply, two uteri. This extremely rare, and sometimes undiagnosed, condition develops when a woman is still a fetus herself, at the time when the uterus starts out as two small tubes. In normal fetal development, these tubes join together to form one larger, hollow organ, the uterus. In those with uterus didelphys, the tubes do not join together, and two separate cavities are created. This often leads to each uteri have a separate cervix. Treatment to join the separation is needed only if a double uterus causes symptoms or complications, such as pelvic pain or repeated miscarriages.

Uterus didelphys is said to occur in four to five percent of all women who have normal pregnancies. Often, women with this condition have normal sex lives, but may have a higher risk of infertility or miscarriage, premature labor, or childbirth complications due to unusual position of the baby (known as breech). Symptoms generally include a mass in the pelvis, unusual pain before or during a menstrual period, or abnormal bleeding during a period such as blood flow despite the use of a tampon. Detection can be done through an MRI or ultrasound during a routine pelvic exam.

Doctors had warned Kersey that it was unlikely she'd become pregnant in both wombs, but assured her a pregnancy in one womb was perfectly safe. Only 70 other women in the world with this condition have conceived dually, with this being the first reported case of triplets.

"We are just over the moon at how healthy and happy the girls are," Kersey said in a statement to the Associated Press. "They are three lovely and incredible children, all with very different personalities.

"Gracie seems to be the ringleader -- maybe because she grew up in her own womb. She is very determined and independent, always wanting her food before the others and to do things first," she said. 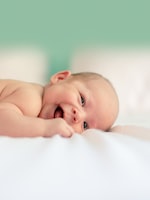 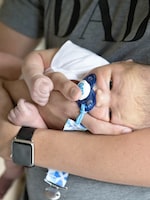 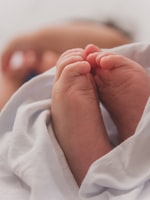 Home Birth and Unassisted Birth are Nothing New 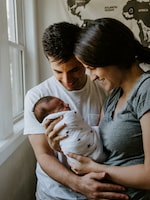