It's an accepted fact that women can't have children forever. Once they reach menopause, their fertility ends. It's also accepted that men, once they reach puberty, are fertile for the rest of their lives.

But is it true?

New research seems to be saying that while men don't really stop being fertile, their ability to father a child does decrease as they age. Not only does it take longer for their female partners to become pregnant, but the children they do conceive are more likely to have genetic abnormalities and behavioral problems.

A recent study at the University of California, Berkeley analyzed the sperm of men from the ages of 22 to 80. They discovered that the sperm of older men were not only fewer in number but also inclined to be less mobile and less able to move in a straight line. They also found an increased risk of achondroplasia, a genetic mutation that produces a form of dwarfism.

And this isn't the only health risk. Older fathers are also more likely to have children who are mentally retarded or have behavioral problems like autism and schizophrenia. Down syndrome, a chromosomal abnormality that occurs more frequently in children of older mothers, doesn't seem to be associated with older fathers as well. But the other risks have prompted some physicians to suggest that children of older parents be screened for these problems.

It does seem that the genes contained in the sperm of older men have a greater chance of being abnormal. This made sense to one physician, who commented that with as many sperm as a man can produce in one day - up to 100 million, all from cell division - it's certainly possible that as a man ages, more of those divisions could go awry.

Harry Fisch, a urologist who wrote The Male Biological Clock, also believes that some fertility issues may go undiagnosed. They could be mistaken for potency problems and treated with drugs like Viagra when they should really be investigated in other ways.

Part of the problem is that testing the DNA of sperm is new and, like many new medical ideas, fairly controversial. When a couple has trouble conceiving physicians tend to focus on the woman when perhaps they should also be looking more closely into the fertility of the man.

This is a new area of research, but one that is growing in importance. As more and more men wait until their 40s and 50s to have children, there will be more fertility issues to deal with. And along with fertility, older men may need to consider the risks to the child of conceiving at this age. Sperm testing may be just the beginning of research to discover - and resolve - fertility problems in men, and genetic problems in their children. 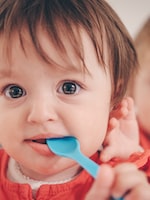 Coping with the Emotional Roller Coaster of a Multiple Pregnancy 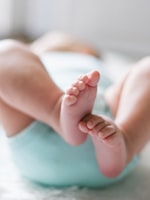 Fertility Do You Know the Facts 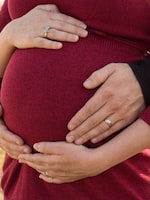 What to Expect at Your First Visit to a Reproductive Endocrinologist 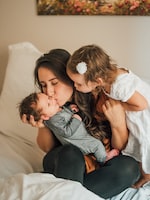