Prenatal testing is very important for both the mother and her unborn child. These tests, given throughout the pregnancy, are used by doctors to learn how the baby is growing, how well the mother is doing, and also any problems that may arise during the gestational period.

Most of these tests, such as urine tests, blood tests, blood pressure checks, and ultrasounds, are routine. Other tests, such as amniocentesis, are usually not routinely done. Tests such as these are given if your doctor feels that you have a higher risk of particular conditions or problems.

The thought of all this poking and prodding can be scary if you don't know anything about these tests. So, prior to having them done, do as much research as possible. Talk to your doctor, your partner, or even friends who have been through the testing to find out what each will entail. In the meantime, here is a list of everything you'll need to know about each test that is routinely performed throughout pregnancy.

During the course of your first few prenatal appointments, your doctor will require you to have a blood test and also give a urine sample.

These tests will check to make sure of the following:

In addition to blood and urine tests, some doctors offer a cystic fibrosis screening. Cystic fibrosis, which causes digestion and breathing problems, is inherited. There is no cure for the disease, but the test can let you know if your child has inherited this abnormal gene. This is an optional test.

Most doctors require urine tests during every prenatal exam. As the pregnancy progresses, your doctor will again look for protein in your urine. If found, as aforementioned, protein can be a sign of high blood pressure, which can also be a sign of the condition called preeclampsia. Five to ten percent of expectant mothers are affected by preeclampsia. If not treated properly, it can cause the fetus to grow poorly. In rare cases, it can even evolve into eclampsia, which causes the mother to have seizures and even end up in a coma. As long as it's closely monitored, there is no reason to worry about preeclampsia.

The last common test performed is an ultrasound. This utilizes sound waves in order to allow the doctor and expectant mother to see a picture of the baby on a monitor. A hand-held gadget, called a transducer, is rubbed across your belly to capture the image. There is no pain involved with this procedure and is usually done routinely at least once during a pregnancy.

Prenatal testing is important to both your health and the health of your unborn baby. It allows the doctor to treat pregnancy related problems and to know whether to expect problems as your pregnancy progresses. Most of the procedures are painless and will ensure that you both remain healthy. 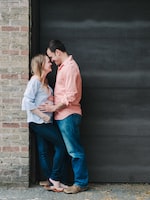 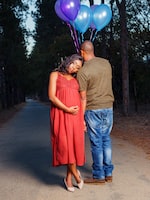 How to Reduce Nausea During Pregnancy 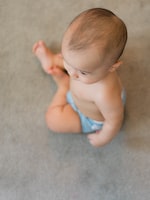 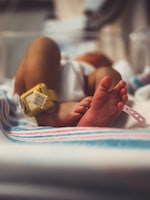 17 Weeks Pregnant How Big is My Baby