When a pregnancy is suspected many women choose to test for pregnancy in the privacy of their own home. This method of pregnancy testing is more convenient and less expensive than a urine or blood test at the obstetrician's office.

Home pregnancy tests work by detecting the presence of the pregnancy hormone Human chorionic gonadotropin (Hcg). In the non-pregnant female, this hormone is usually below 5 mIU/ml. Most home pregnancy tests will detect an Hcg level of lt;25 mIU/ml. Some tests are reported to be even more sensitive than that. Because most women want to know as soon as possible if they are pregnant, tests that allow for a greater sensitivity in the detection of Hcg can be used even before menstruation is expected. For the woman who has already missed a period, a test with less sensitivity to Hcg is likely to give a correct result.

If a home pregnancy test that detects only higher levels of Hcg is used before the levels of Hcg in the body reach the test's sensitivity, a false negative can occur. When a false negative occurs a woman might assume the test is correct only to find out days later that she is, indeed, pregnant. False positives rarely occur on tests that are used within the expiration date. When a false positive does occur it could be that the women experienced an early miscarriage or a chemical pregnancy.

There are many different brands of generic home pregnancy tests on the market. All home pregnancy tests are the same with the exception of design and the amount of Hcg to which they will respond. In my personal experience, tests from the dollar store work just as well as the more expensive brand name tests found at the drug store. The key to getting a correct answer on a home pregnancy test is to know what level of Hcg the test detects and at what day of a normal pregnancy the level of Hcg reaches that number. 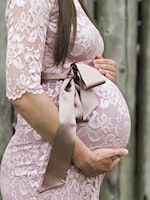 For Pregnant Women Coping with Hair Changes During Pregnancy 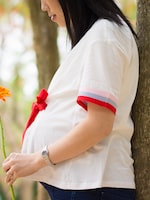 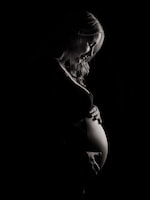 14 Weeks Pregnant How Big is My Baby