A strong desire to have a child is one that most women and men experience in their lifetime. When the baby bug bites, it bites hard and waiting to become pregnant can be frustrating at best. A sobering statistic to those in the throes of baby mania is that there is less than a 20% chance that a woman will become pregnant even if a couple makes love at the "right time".

The good news is that most couples will achieve conception within the first year of trying. However, for some it can take up to 18 months or more. Before racing to a fertility specialist after a few months of trying it is important to note that most practitioners will not usually intervene until more than 12 months have elapsed without conception taking place.

Before becoming discouraged one should remember the old motto that "the best offense is always the best defense". In order to increase one's chances of becoming pregnant knowledge is power. One of the best resources that I found regarding fertility and reproductive health is "Taking Charge of Your Fertility" by Toni Weschler. If there are no underlying health issues that are hindering one's ability to conceive than the information in this book is invaluable. As we know, time is of the essence when longing for that little bundle of pink or blue.

One of the best tools at a woman's disposal is for her to chart her menstrual cycles. This is accomplished by purchasing a basal body thermometer and recording her waking temperature each morning before getting out of bed. The start of each cycle is the first day of a woman's mensus. By charting it can be determined if ovulation is in fact occurring. This is shown by a woman's basal body temperature rising .3 degrees or more above her previous temperatures and staying elevated until her period begins once again (that is ifconception hasn't occurred of course).

Charting will also show if a woman's luteal phase (the time after ovulation until the start of one's menstruation) is long enough to allow a fertilized egg to implant in the endometrial lining. A sufficient luteal phase is between 12 to 16 days. If a woman has a short luteal phase, less than 12 days, it can hamper conception from occurring by not allowing enough time for the egg to implant.

Printable charts are available on-line along with web sites that have this service for free. It is as easy as searching "charting menstrual cycles" on the computer.

Along with charting one's morning basal body temperature it is also imperative that a woman monitor her cervical secretions. These secretions or cervical mucus are best seen on our underwear or while wiping after using the "loo", "can" or the old standby "bathroom". Unfortunately there is no delicate way to describe this process.

After menstruation, which typically lasts from 3 to 7 days, there are noticeable changes in a woman's vaginal secretions. At first there are usually a couple of days where nothing is occurring "down below" and no mucus is noticeable. As ovulation approaches cervical mucus becomes white and has the consistency of lotion. Right before ovulation one's secretions take on an "egg white" feel and appearance. Egg white and somewhat watery mucus enables the sperm to make their trek to the egg in waiting. This is the optimum time to turn down the bed sheets and make love until the "cows come home".

If a couple timed their love making correctly and a woman's chart depicts that ovulation has occurred then the wait begins. If one's basal body temperature remains elevated for 18 days after ovulation than the chances are astronomical that the stork will be making an appearance within the next 8 months. Just think of the amount of money that will be saved if one can refrain from purchasing a pregnancy test until the 18 days elapses. Coming from a woman with little to no patience I rarely waited the prescribed time period. I spent a small fortune when a little patience would have saved me a bundle.

Although a woman's follicular phase (the time period between the start of menstruation until ovulation) varies greatly the luteal phase does not. If a woman has been charting religiously she will notice that her luteal phase is fairly consistent. So, if your luteal phase is usually 13 days and you notice that you are currently on day 16 than it may be time to take a trip to the nearest drug store for a pregnancy test.

As was stated previously, a physician will usually not intervene until a couple has been actively trying to conceive for at least 12 months. However, if you have been charting and love making has been timed perfectly this may give you some leverage to be seen sooner if conception has not taken place. What physician could dispute that a problem may exist if you come armed with several months of well documented charts?

One non evasive procedure that can be undertaken is a progesterone test. This is performed 7 days after ovulation occurs. This would determine if the ovulation was "strong" enough and the egg mature enough to result in conception. One fertility drug that helps when one's luteal phase is not long enough or if progesterone results show a "weak" ovulation is clomid. Clomid helps to promote a strong ovulation (mature egg) which in turn usually increases one's leutal phase. To recap a luteal phase of approximately 12 days is needed in order for the fertilized egg to have enough time to implant in the endometrial lining.

There have been numerous clomid success stories however it can be counterproductive. One of the effects of clomid is that it can dry up cervical mucus. As has been stated previously, cervical secretions are needed to enable the sperm to swim to and fertilize the egg.

Wanting a baby is one of the strongest desires a couple can have. Waiting, once it has been decided that a baby is wanted, can be excruciating once the baby bug bites. Being knowledgeable concerning one's fertility can help the dream of a child materialize sooner rather than later. Get to charting, check one's cervical mucus, and most importantly make lovepassionately. Don't let the desire of wanting a baby drain the love out of love making. 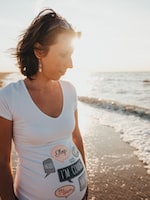 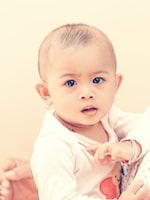 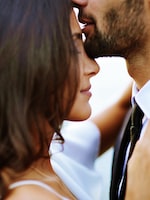 How to Get Pregnant 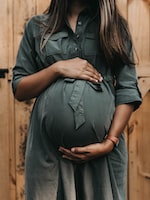