Recently, more and more women are seeking drug-free treatment for the conditions related to pregnancy, including the induction of labor. Some of the claims on the Internet for these non-drug treatments are pretty outlandish, and some can be just as dangerous as the drugs, but a few may at least be somewhat beneficial. One thing that is for certain is that a lot of natural health care practitioners and midwives say they work.

Labor-inducing drugs like Pitocin can be dangerous and have side effects. Pitocin creates an immediate reaction that begins labor whether the woman's body is ready or not. Possible side effects from the drug include Anaphylactic shock, hemorrhage, cardiac arrhythmia, nausea, vomiting, and pelvic hematoma.

Drug-induced labor may also interrupt the delicate biological communication between mother and child. Studies have shown that when the baby's weight begins to exceed the mother's capacity to sustain it, hormonal signals are given out to begin the birthing process and the contractions begin.

One restaurant in California claims that over the years some 300 women have given birth right after eating an eggplant dish served there. There is really nothing in eggplant that will induce labor, but oregano and basil, (also found in the dish), may have stimulant properties, but no one really knows what amount would be needed. It probably would take a lot more than one meal.

Other midwife remedies for the condition of pregnancy include evening primrose, red raspberry tea, sex, nipple stimulation, other herbs, and various homeopathic medicines. Most of these fall into the old midwife's tale category in that they really aren't that effective. Some say that castor oil is effective. The theory is that the cramps from the diarrhea that it gives you will get the contractions to start. Maybe, but that can be a dangerous way to do it.

Another method that has come under scrutiny of late is acupuncture. Acupuncture is a much softer and easier approach to inducing labor. Chinese medicine identifies more than 2,000 acupuncture points on the body connected with pathways called meridians that conduct vital energy throughout the body. The needles that are used are solid, yet extremely thin. (About five times thinner than your average hypodermic needle.) There is very little or no pain. Acupuncture trigger points to induce labor include points on the back, above the ankle, and specific points on the hands.

By stimulating these points the body is gently urged to begin the labor process. The only complication that may occur is some slight bruising at the puncture points. Currently there is a study being done at the University of North Carolina to measure acupuncture's ability to trigger labor in overdue mothers. The women will receive five treatments over the course of a few weeks. Some of them will be needled using real acupuncture points while the rest will be needled on areas of the body that are not believed to be acupuncture points.

Acupuncture may not only be a beneficial tool for inducing labor, but it might also help relieve the back pain and nausea that is often associated with pregnancy. 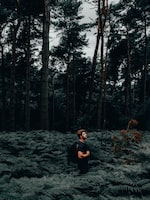 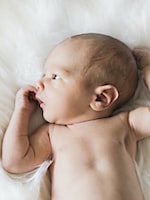 Tips for Increasing Your Odds of Conception 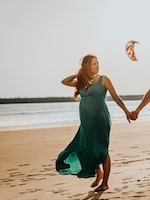 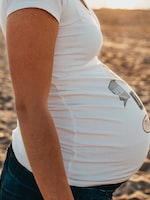 Telling Family and Friends About Your Over 40 Pregnancy